As a leader, you leave a “wake” behind you in every interaction, relationship, project, and season. Your wake encompasses the results of your leadership, and the relationships with those you lead. One without the other is ineffective. ~Dr. Henry Cloud 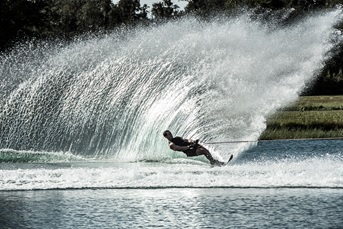 I’ve been thinking about the idea of leaders leaving behind a “wake” and here’s the image that plays over in my mind. A number of years ago I had a cottage on a small inland lake in Michigan. This is how I define “small.” Two people could just barely water ski at the same time. So, given the size of the lake, the wake left by the skiers meant it was challenging for everyone—the other skier, the swimmers along the shore, those attempting to fish in their rowboats, etc.

Results and Relationships are Bound Together

With that image, Henry Cloud says that “your ‘wake’ encompasses the results of your leadership, and the relationships with those you lead. One without the other is ineffective.” I would add that not only is one ineffective without the other, I don’t think it’s possible to untangle them. I believe that your results and your relationships are bound together, like it or not. Leading is not a solo act, kind of like numerous people trying to enjoy a small inland lake at the same time. You may be a fabulous technical skier (great results), but you will still leave a wake that’s going to impact others (relationships).

Another aspect of a wake that I believe is true in leadership, is that the most dynamic, powerful, and intense part of a wake is the part that’s right behind you. Whatever you most recently did, said, or achieved, is what’s most pressing on individuals’ minds and hearts. Which is why on the small lake, there was a shared understanding that fishermen would go out on the lake early in the day and skiers would take their turn later in the day because they recognized the impact of their wake on others.

Leaders’ Actions Can Have a Far-Reaching Effect

Even though the most intense part of the wake is right behind you, the ripple effect from the wake can span a lengthy distance. Quoting the Dalai Lama, “Just as ripples spread out when a single pebble is dropped into water, the actions of individuals can have far-reaching effects.” On the lake, the ripple effect of the skiers was felt all the way to the shoreline. Even the children playing in the sand on the shore could be impacted by the wake of a strong skier; much like the impact of the “wake” of a strong leader.

Leaders Have a More Intense Wake Because of Their Position

When you accept the role of a leader, I believe you also accept the fact that you are going to leave behind a “wake.” Possibly a more intense and powerful “wake” because of your position. As Abraham Lincoln said, “Nearly all men can stand adversity, but if you want to test a man’s character, give him power.”

I agree with Henry’s statement: “As a leader, you leave a “wake” behind you in every interaction, relationship, project, and season.” I also believe it’s a daunting statement. A “wake” can propel others forward; it can also do a tremendous amount of damage. It’s a powerful force that must not be taken lightly.

Thinking about your recent interactions, relationships, projects, or season as a leader, what’s being left behind in your “wake”?