When you laugh you’re vulnerable, opened up, allowing the other person to affect you. There is the energy of being connected, and that really changes your point of view, your focus. ~Alan Alda 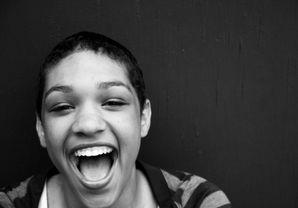 I’m guessing that nearly everyone has heard of Hawkeye Pierce, a character in the long-running sitcom M*A*S*H. I have a specific M*A*S*H memory from college. In my sophomore year, I was in the concert choir and we were preparing for a tour over spring break so the choir director had scheduled extra rehearsals. It just so happened that one of those rehearsals was scheduled at the very same time as the final episode of M*A*S*H. Despite everything in my personality that drives me to be on time, responsible, do the right thing, follow the rules, etc. I decided, rather quickly even, that I was going to skip this rehearsal and watch the final M*A*S*H episode. Ironically, when the choir director heard that even Kathryn was going to skip out, he decided not to fight the issue and canceled rehearsal!

M*A*S*H clearly had an impact on me, and likely others, especially regarding how people work together. Alan Alda—who I still view as Hawkeye Pierce—in addition to acting, directing, writing, etc. has founded two organizations to help people improve their communication skills. Alda has recently authored a book entitled If I Understood You, Would I Have This Look on My Face?

In an interview (HBR, July 2017), he describes an exercise the M*A*S*H cast practiced that he now uses with others, including organizational leaders.

Alda: We discovered it by accident. Usually in making a movie or a television show, when you’re not needed to play a scene, you go back to your dressing room. But during M*A*S*H we would sit around in a circle and kid each other and go over our lines together. The sense of group was fortified all day long. The laughing was important because when you laugh you’re vulnerable, opened up, allowing the other person to affect you. After that when I did a play, I wouldn’t make it an overt ritual, but I would try to work it so the cast was in the habit of sitting and laughing together, and the performance became just an extension of that playful experience. When the other actors came out on stage, I’d already established a relationship with them. There was the energy of being connected, and that really changes your point of view, your focus. You’re not lost in your own head. It makes a big difference in any encounter, whether it’s in your personal life or in business.

Spending time together and laughing?! Really? Yes, really! I so appreciate Alda’s observation that “when you laugh you’re vulnerable, opened up.” I know many leaders who fear being vulnerable (and there’s a reason, but that’s for another blog post). These leaders tend to think of vulnerability as admitting mistakes, sharing personal challenges, etc. Well, for them, there’s another means of being vulnerable: laughter!

On more than one occasion I’ve witnessed the “energy of being connected” through laughter. I ask leaders, along with their teams, to do some rather crazy things, but there is a reason. I’m trying to create laughter. Because laughter is vulnerability, vulnerability creates connection, and the energy of connection can change your point of view.

What can you do, this week, to encourage laughter in your organization?