Strategy is about being different. It means deliberately choosing a different set of activities to deliver a unique mix of value. ~Michael Porter

Michael Porter is the quintessential expert on strategy. The words that Porter emphasizes when he defines strategy are different and unique.

Porter says “the root of the problem is to distinguish between operational effectiveness and strategy.”  Things like productivity, quality, speed, customer satisfaction, benchmarks, outcomes, and best practices have created entire industries of tools and techniques, all very helpful for a well-run organization. However, that isn’t strategy.

You might be asking, if operational effectiveness means a well-run organization, then why is strategy even necessary? Here’s where I think leaders in the for-profit sector could learn from the leaders in the nonprofit sector. Nonprofit experts Steve Zimmerman and Jeanne Bell said, “sustainability lies at the intersection of exceptional impact and financial viability.” I would argue that all organizations (nonprofit and for-profit) will discover that intersection through strategy not through efficient operations.

The basic premise of strategy that Porter outlines, I believe, could apply to organizations of any type or size, and even to individuals. Looking for a new job? Consider how you might describe yourself differently in a job interview if you were being strategic.

3 Questions to Test Your Strategy 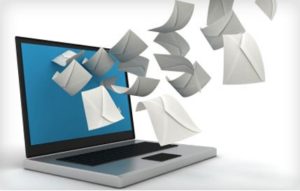 Given that we’ve heard a lot about emails in this presidential campaign, it seemed like a timely topic for all leaders. We’ve likely all been there. There’s some email that we either regret sending or now realize that another communication method would have been a better choice.

Sometimes we hide behind email to avoid the emotional discomfort, or we’re just simply in too much of a hurry and firing off that email will save us time, we think, so that becomes our preferred method of communication.

Too often we take the easy and often cowardly option of using email or text messaging to avoid the emotional discomfort of a real time conversation. ~Margie Warrell

With the help of Michael Hyatt and David Grossman, I’ve created my own list of when leaders should not use email.

Test yourself. For one week, pause each time before hitting the send button and ask yourself, “will this email help or hinder my leadership”?

The terrorists thought that they would change our aims and stop our ambitions but nothing changed in my life except this: Weakness, fear and hopelessness died.  Strength, power and courage was born.  ~Malala Yousafzai 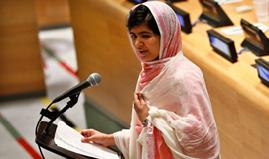 Pain, suffering, disappointment, and life gone wrong; any of these sound familiar?  We will all encounter moments or seasons of pain and disappointment.  But we can choose how to respond to that pain and suffering.  It can lead to devastation, anger, and despair; or it can lead to transformation, hope, and courage.  Many great leaders have been born out of horrific pain and sacrifice.

Malala Yousafzai, the 16-year-old Pakistani girl who was brutally attacked on her way home from school – shot in the head at point-blank range by the Taliban.  ABC World News reported back in 2013, “One year later, the shot heard round the world has given birth to a movement of change – a movement to educate girls, and the little girl from Swat Valley in Pakistan has become an international symbol of courage and hope.”

The fact that Malala survived her attack is miraculous.  But I think what really transfixed us, was Malala’s response to the attack and her attackers.  While speaking to the UN she said, “They thought that the bullets would silence us, but they failed.  And then, out of that silence, came thousands of voices.”  In an interview with Jon Stewart, Malala stated, “I don’t want revenge on the Taliban, I want education for sons and daughters of the Taliban.”  It was the transformation of pain that very quickly catapulted Malala into the global spotlight.

Philip Yancey writes about suffering in his recent book, The Question that Never Goes Away.  He quotes Victor Frankl who said, “Despair is suffering without meaning.”  Later in the book Yancey says that “we get not a remedy for suffering but a use for it, a pattern of meaning.”  He quotes Terry Waite, who said after being released from four years’ captivity as a hostage in Lebanon, “I have been determined in captivity, and still am determined, to convert this experience into something that will be useful and good for other people.  I think that’s the best way to approach suffering.”

I realize that most of us have not suffered the extreme circumstances of Malala, Victor Frankl, or Terry Waite.  But we’ve all dealt with our own pain and suffering.  What’s the use for our suffering?  What’s the pattern of meaning?  I believe the leadership we truly desire to follow is from the people who find a pattern of meaning amidst their pain and suffering.  They give us hope, they personify courage; we believe that if we can grab hold of even a fraction of their strength everything will be okay.

What’s the pattern of meaning for your suffering?  Has your loss created a leader in you?

A year of exploring Bold Grace

Hence, the focus on my blog for 2020 will unpack and explore leading with bold grace.