Leaders cannot work in a vacuum.  They may take on larger, seemingly more important roles in an organization, but this does not exclude them from asking for and using feedback.  In fact, a leader arguably needs feedback more so than anyone else.  ~Jack Canfield 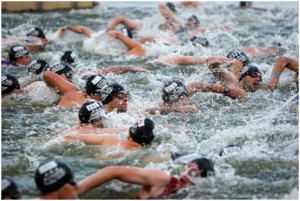 Sheila Heen, co-author of Thanks for the Feedback: The Science and Art of Receiving Feedback Well, says that we are swimming in feedback.  Feedback is the “look” a co-worker gives us when we make a statement, how people respond to us in a meeting, how we’re greeted when we walk in the door, etc.  Feedback is really “my relationship with the world and the world’s relationship with me.”

There are three types of feedback.  1) Evaluation, this rates or ranks you, it may be a performance review; it determines where you stand.  2) Coaching, this helps you to get better.  3) Appreciation, this is expressed by “I see you,” “I get you,” “You matter,” this is what motivates us.

Unfortunately, of the three, the one area that gets overlooked far too frequently is appreciation.  Ninety-three percent (93%) of people in the workforce feel underappreciated.  That tells me that the first step to creating a feedback-friendly culture is to significantly up your game on appreciation.  The more we’re appreciated, the more likely we will be to accept the coaching and evaluation feedback.  If you need a ratio, a significant amount of research has been conducted to determine that it takes at least 5 or 6 positive interactions for every 1 negative interaction in order to have an overall positive impact.  Otherwise, we may very well be making the situation and/or relationship worse with our overabundance of evaluation and coaching in comparison to our appreciation.

A second step would be to change how you are asking for feedback (and you should be asking, often).  If you’re simply asking, “Could you give me some feedback”?  You’re making it both difficult and dangerous for the person to be honest with you.  It’s kind of like sending someone off into a minefield; and both you and them hoping they don’t step on any mines.

So start asking for feedback, because a leader arguably needs feedback more so than anyone else.